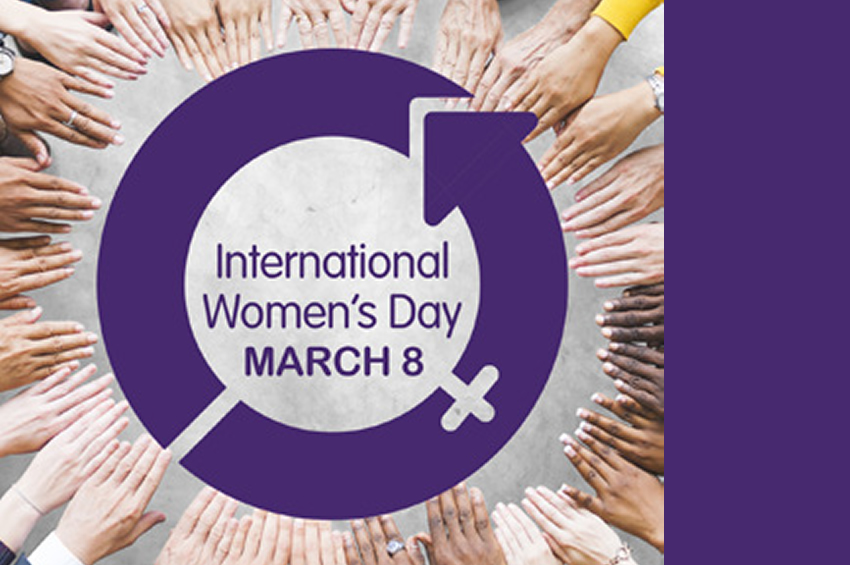 This year (2019) was no different, considering that celebrations were organized on the theme;-“Think Equal, Build Smart, Innovate for Change”.

Appropriately, various international and local activities planned for the day, Friday, 8th March, 2019, are trending on various social media platforms under the tagline “Balance for Better”. It is obvious that the quest for equality in all arenas of life is still on and must be won. That premise presupposes the existence of unequal grounds in various fields of human endeavour, with mostly males being accorded the pride of higher positions. In many societies, including our own, these practices are so engrained that some uniformed men hold entitlement notions around almost everything. In simple terms, women’s rights are not yet recognized as full human rights in many instances. Such is the challenge we are faced with in attempting to win back the inalienable rights of women.

The natural question that confronts us is how such practices can be overcome to afford women their rightful place in societies.

It is in response to this question, and in recognition of the entrenched nature of the situation that, the theme for this year’s celebration is most apposite and timely.

First, not only is the exhortation to ‘think equal’ the most fundamental of the requirements for success, but it is a response to the most puzzling part of the inequality jigsaw. Most people, especially women, tend to accept the status quo as the norm. In fact, most have resigned themselves to fate and essentially become willing partners for reinforcing what is obviously counter-productive. Therefore, any encouragement to think differently must been seen as a call for psychological emancipation. The power of imagination suggests that our conceptions conditions our efforts. A willingness not to accept the status quo begins from deciding that we are all equal.

In fact, all through civilizations, freedoms and rights have never been granted. They have been demanded and taken by those willing to think equal and different. The evidence, if there be the need for some, abound. The quest for decolonization across the world, the Civil Rights Movements in the USA as well as the story of Apartheid in South Africa, offer useful lessons in this regard. In our own small way, a successful change in the manner in which our daughters and sons see the world will be a giant step towards an equal world.

Second, the encouragement to ‘build smart’ seems to recognize the disadvantaged position from which this movement springs. In any relations of unequal power dynamics, the oppressed is almost required to exercise the quality of smartness if some new grounds are to be gained. The important issue is to build smart networks of the coalition of the willing in the pursuit of equality. Women alone may not be able to win new grounds. The support of men will

be crucial. Strategically, we must co-opt men and make them ambassadors for our cause. And indeed, the evidence suggesting that it is in man’s ultimate interest to support women empowerment continues to mount over the years. From a generational point of view, it begins with how we train our sons to see the world.

Lastly, the counsel to ‘innovate for change’ captures the need to take action. The element of innovation requires changes in both processes and inputs. It can be assumed that once such changes in the approach are taken, the results, of course, will be different. The desire to innovate must begin from a willingness to learn from past actions and events.

Even more important is the call for joint support towards “Balance for Better”. The need for balance cannot be over-emphasized. In fact, the good book in Proverbs

11: 1 makes it clear that “a false balance is abomination to the LORD: but a just weight is His delight”. Therefore, the quest for gender balance in our homes, offices, communities is not only honourable but also spiritual in roots. The power of a balanced society can only be imagined in

a positive sense as no one side would be unduly overburdened. This is a call not to help, but a call to take up rightful roles.

The sum effect of the gradual nature of progress on equality, amidst entrenched perceptions, is the need for the quality of resilience. Fortunately, and unlike many other natural abilities, resilience is not innate or inherited. No one arrives on this earth with a certain quantum of that. Rather, people consciously build resilience. Like a long-distance runner, we all need to build up our resilience for the long haul. In fact, we must build that quality in our children to press for progress on the equality front. It began, at least in its current forms, over hundred years ago. Much has been achieved. A lot remains undone. Machismo, chauvinism, sexism, and patriarchy still persist and even reign. They exist, not for the absence of good intentions, but

for the presence of an unwillingness to think equal, build smart and innovate for change. It is a solemn call to action for a better world. May we be inspired to kindness in this respect.